"Greenwood is comprised of hardworking students and dedicated teachers who measure success, not only in high-test scores, but also in lessons learned, problems solved, performances presented and projects completed." 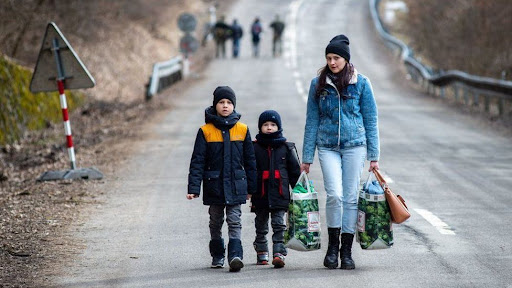 With the raging war in Ukraine, people are fleeing and becoming refugees in countries all around the world. Over 5 million refugees have left Ukraine and moved into bordering countries to escape the horrors of war. Because of the excessive amount of people and families escaping Ukraine, countries with high numbers of refugees, like Poland and Moldova, plead for international help. They fear more money is needed to allow refugees to stay. And even though so many people have been successful at escaping war-ridden Ukraine, many people still residing within the country have been also displaced due to Russian attacks. Because of the harsh conditions the refugees within Ukraine are in, the United Nations along with other organizations have provided Ukrainian refugees with money to buy food, a delivery service that sends necessities, beds for bomb shelters, and transit points for people to leave the country. Obviously, the large number of refugees both inside and outside the borders of Ukraine have had to go through so much, but some other major problems could be caused by the large number of refugees.

For example, as Ukrainians leave, there is a risk of human trafficking. Because of this, some countries that are collecting a lot of refugees have installed police at the borders to watch for criminal activities. Along with this, children have also been assaulted. Because the war is deadly and has killed so many, some children are left to escape the war themselves. This is why unaccompanied minors make up a significant part of the refugee population. Luckily, organizations like UNICEF have set up camps for orphaned children to protect them. Other major issues include the discrimination of non-European people. For example, Ukrainian-Indians and African Ukrainians have faced poor treatment at the borders. Another issue faced by Ukrainians is bringing their animals and pets out of Ukraine and into another country. Many EU countries have restrictions regarding the international travel of pets, which has made it hard for Ukrainians to get both themselves and their pets to safety. As all these issues are occurring, it is predicted that they will only get worse as more Ukrainians leave in hopes of finding safety. What can we do to help Ukrainians who are dealing with these problems?