"Greenwood Elementary School is committed to providing children an engaging and comprehensive education to support their success academically, behaviorally and socially. Greenwood students will experience education in a safe, welcoming, student-centered learning environment."

Home » News » The ROC in the Olympics

The ROC in the Olympics 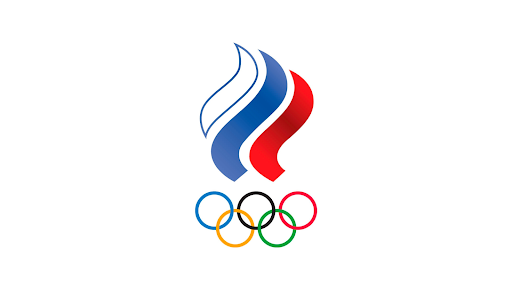 With the Beijing Winter Olympics having taken place earlier this year, and Russia’s actions in Ukraine currently filling our news channels, it is interesting to revisit the controversy surrounding 15-year-old Russian figure skater Kamila Valieva.

To understand this, it is important to first understand the background of the Russian Olympic Committee (ROC) and especially why Valieva was able to compete after testing positive for performance-enhancing drugs.

Right before the 2016 Rio Olympics, the International Olympic Committee (IOC) raised concerns against Russia after accusations of the government allowing the widespread use of performance-enhancing drugs were confirmed by a Russian track athlete who acted as a whistleblower. The IOC then decided that Russia would be allowed to compete in the Olympics under certain circumstances. The most important of these was that athletes must test negative for the use of performance-enhancing drugs and prove that they were not “doping.” Because of this, many Russian athletes did not compete in Rio. Later, in 2017, the IOC suspended Russia from the Olympics for four years, though this was later reduced to two years. Athletes from Russia were able to compete in the 2018 Olympics under specific circumstances and by being called neutral athletes, from the ROC rather than the Russian Federation. The 2022 Beijing Olympics will be the last Olympics in which Russian athletes will compete under the ROC name.

Because all Olympic athletes are required to take drug tests, it was no surprise that this ROC athlete, Kamila Valieva, got tested. After testing positive for three heart treatment medications, one of them banned by the World Anti-Doping Agency, the IOC was forced to decide if she would be able to compete. Along with the World Anti-Doping Agency and the International Skating Union, the IOC filed a request against lifting the ban of Russia from the Olympics. However, the Court of Arbitration for Sport (CAS), formed to settle disagreements within sports, ruled that Valieva should be allowed to compete in the Olympics. CAS published a 41-page document describing the reasons it would be beneficial to allow Valieva to compete. These reasons include the mental harm that Valieva could suffer later in life and her young age. The World Anti-Doping Agency claimed that CAS ignored the World Anti-Doping Agency Code put into place in 2021 as a response to the claim made by CAS. Another group involved in Valieva’s case is an athlete-run organization called Global Athlete. Global Athlete referred to Valieva’s positive drug test as her coaches and other adults around her taking advantage of her being a minor, which is abuse that can cause mental and physical harm. Even with the Beijing Olympics coming to an end, Valieva’s case is still being investigated.

Valieva being allowed to compete also highlights inequality within sports and the Olympics. For example, recall Sha’Carri Richardson, an American sprinter who was set to compete in the Summer 2020 Olympics, but was eventually removed due to testing positive for marijuana use. Richardson said that the only difference between her and Valieva is that she [Richardson] is “A black young lady.” This shows inequality because race should not play into who can compete in the Olympics and who cannot not. Other athletes that competed against Valieva also felt that the competition was unfair because she had an advantage due to testing positive for a performance-enhancing drug. This proves the reform needed in the Olympics to fix problems like inequality and to prevent a case like Valieva’s from happening again.