"Greenwood Elementary School is committed to providing children an engaging and comprehensive education to support their success academically, behaviorally and socially. Greenwood students will experience education in a safe, welcoming, student-centered learning environment."

Surreal and beautiful, charming and philosophical, the story of Annarasumanara draws the reader in with just one question: “Do you believe in magic?”

Questionable magic is the core of this 2014 webcomic by Ilkwon Ha, which invites its audience to an abandoned amusement park, where they will meet a mysterious magician who adamantly claims that his magic is real. The story unfolds as this unusual man offers magic lessons to local high schooler Yun Ai. At first, she and her classmates are greatly suspicious of him—reasonably so, considering that he is alone, unemployed, and living near the location of several rumored kidnappings. As the chapters go by, the reader and the characters both come to trust the man. Yet, upon more deeply considering his catchphrase—“Do you believe in magic?”—the reader and protagonist alike are forced to ask: Is this mysterious man a real magician? Or is he simply delusional?

The author does an incredible job of keeping the reader guessing until the end, and the end is a satisfying, memorable, and, perhaps, magical finale to the enchanting read. Annarasumanara is gripping and immersive–and very difficult to put down (Exhibit A: me, writing this review at three in the morning, having just finished it). For me, coming to know and understand the characters was a delight, and the final chapters broke my heart only to repair it again. The art style is like nothing I have ever seen. It can be surreal, with real-life photos of objects included among the illustrations. It is not afraid to be abstract, with some characters having bizarre appearances to match their mental states. And, most importantly, it perfectly sells the magical atmosphere of the abandoned amusement park, contrasting it with the dreary reality of Yun Ai’s life in poverty. 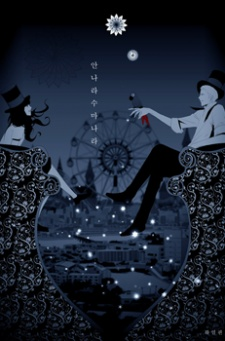 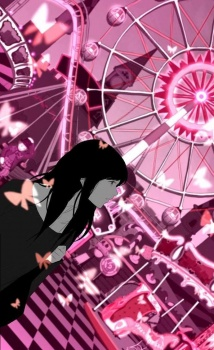 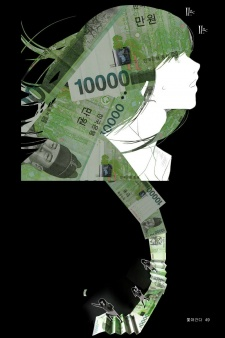 Photos from the webcomic by Ilkwon Ha, published by WEBTOON

Annarasumanara explores, like so much popular Korean media seems to, a devastating class divide, with Ai working numerous jobs and being the sole caretaker of her younger sister. It also explores mental illness in high schoolers with heartbreaking insight and maturity. It weighs the importance of our passions with that of our responsibilities, and Ai’s struggle to balance her school work with her growing love for learning magic is somehow very relatable–magic cleanly standing in for any interest thrown away in favor of our studies. In the case of one character, the story shows the damage unmanaged stress can have on the psyche of even the most successful students.

Despite having finished it just an hour ago, I can say with absolute certainty that Annarasumanara will stick with me for a long time. My only complaint is that it took me so long to discover. Why does WEBTOON seem to hide away their best publications? It’s hard to believe they so rarely promote such a masterpiece. I encourage you to immerse yourself in the dubious magic of Annarasumanara if you ever feel a bit worn down by the responsibilities of regular life…